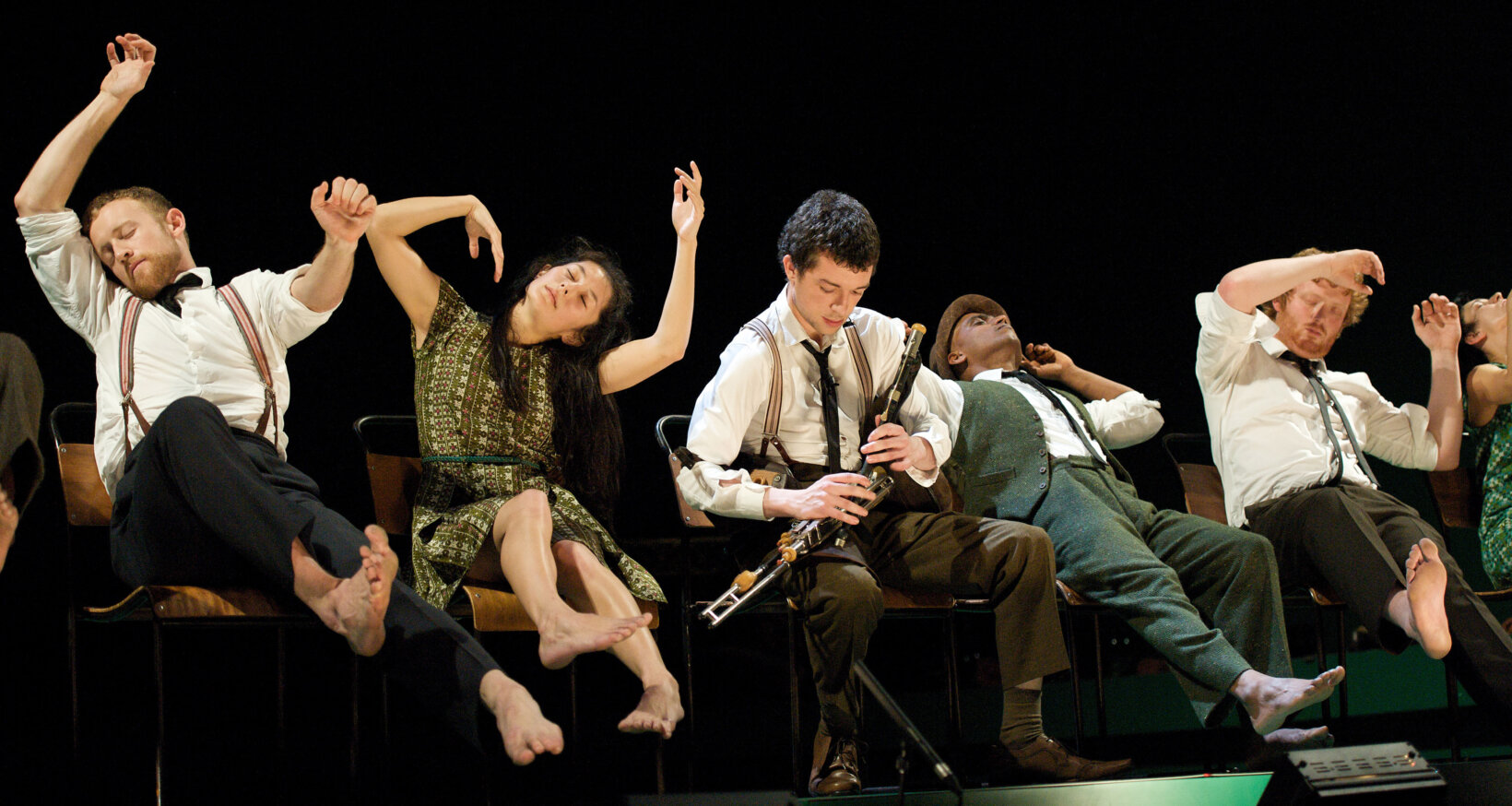 Eight dancers from around the world and four of Ireland’s top musicians unite with Michael Keegan-Dolan and Liam Ó Maonlaí to create an expressive cultural hybrid. Rian taps into healthy life-enhancing traditions with influences from faraway places to evoke a timeless vision of the real indescribable nature of things. 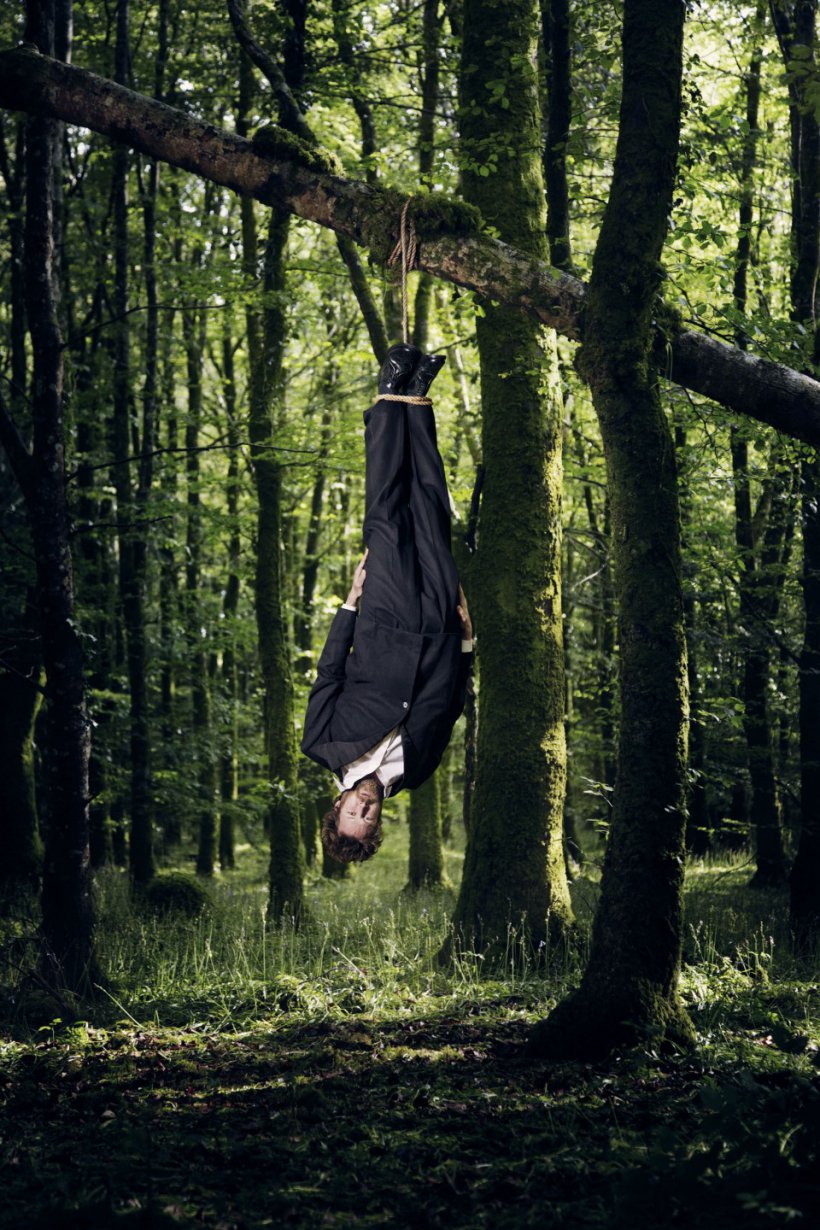 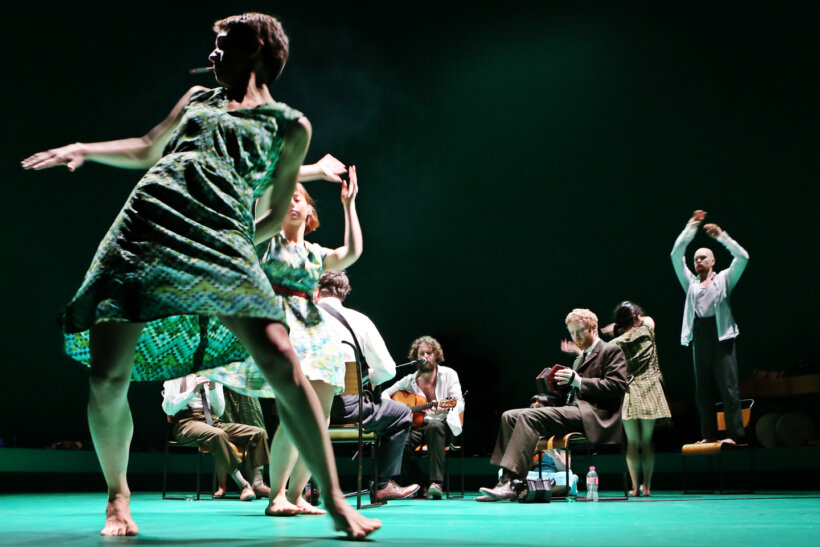 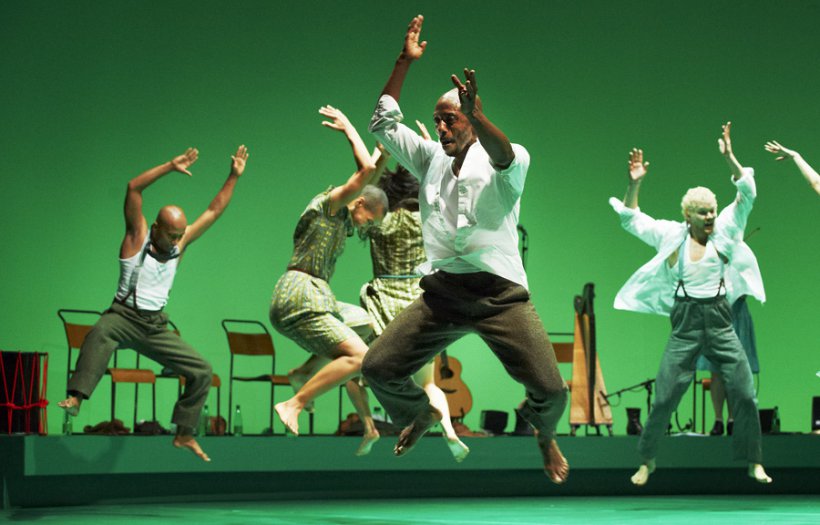 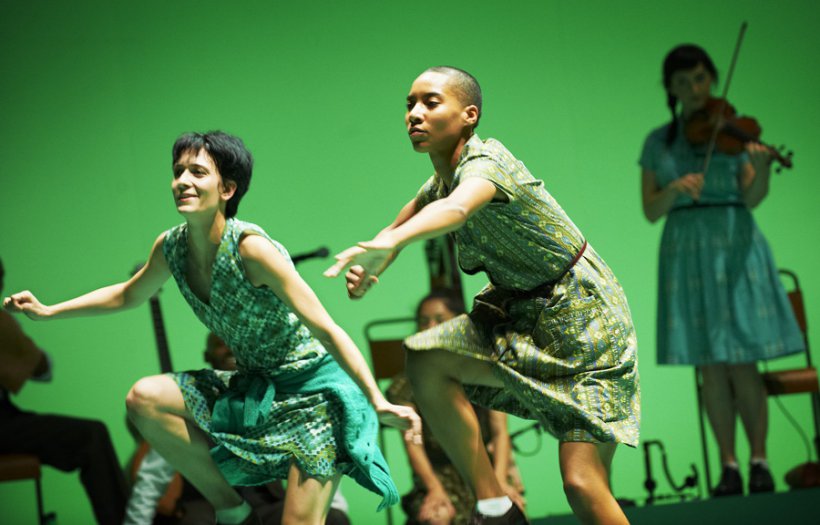 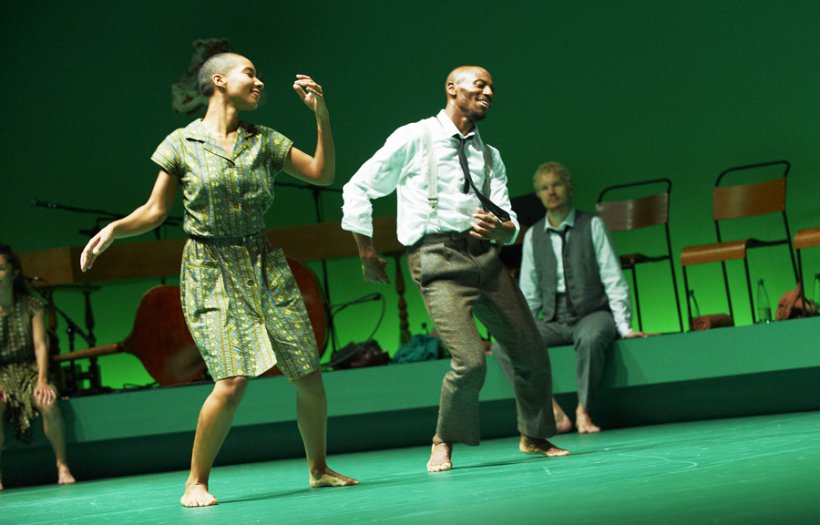 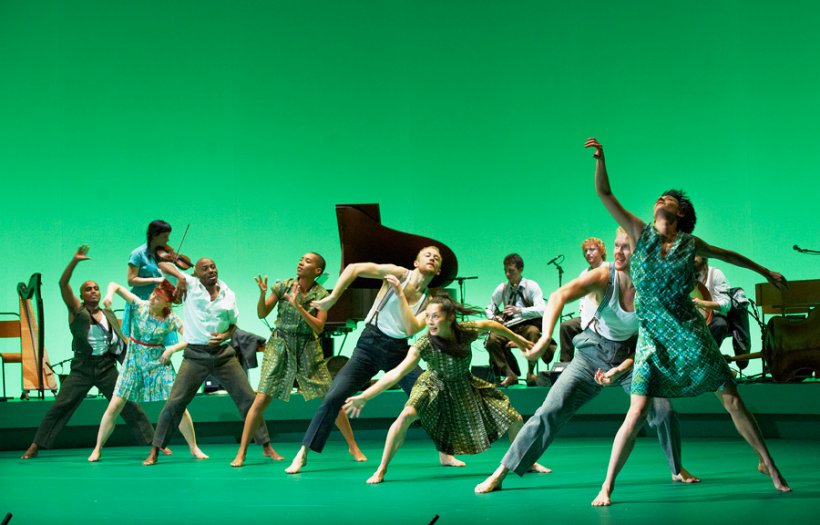 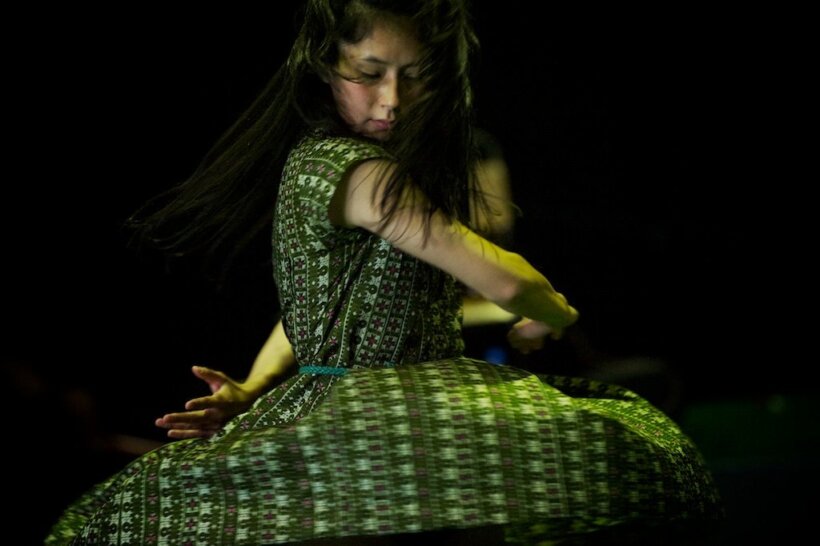 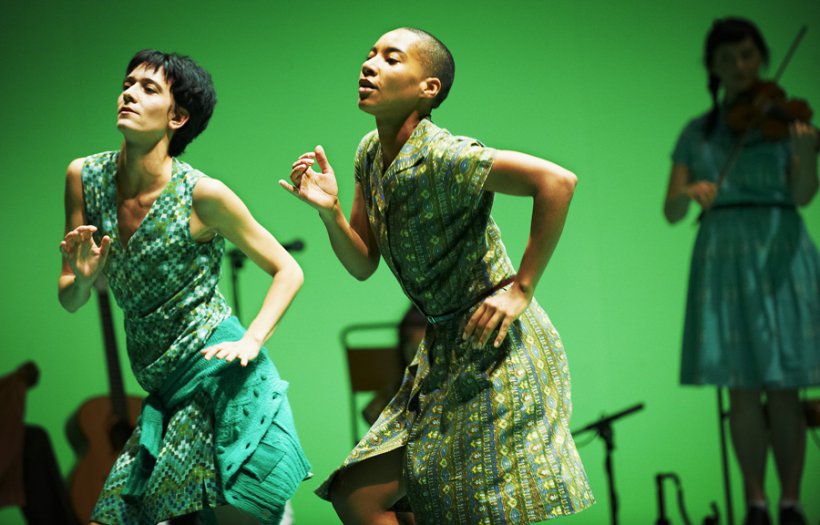 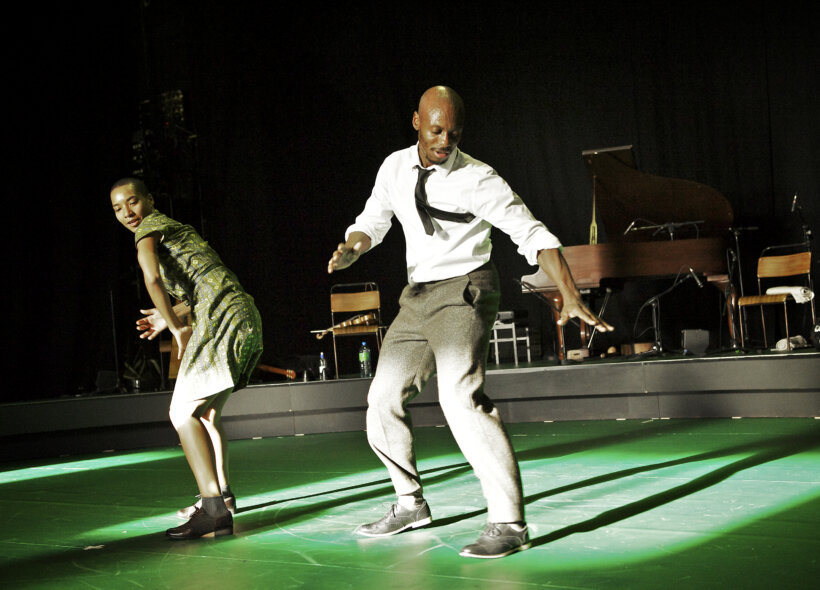 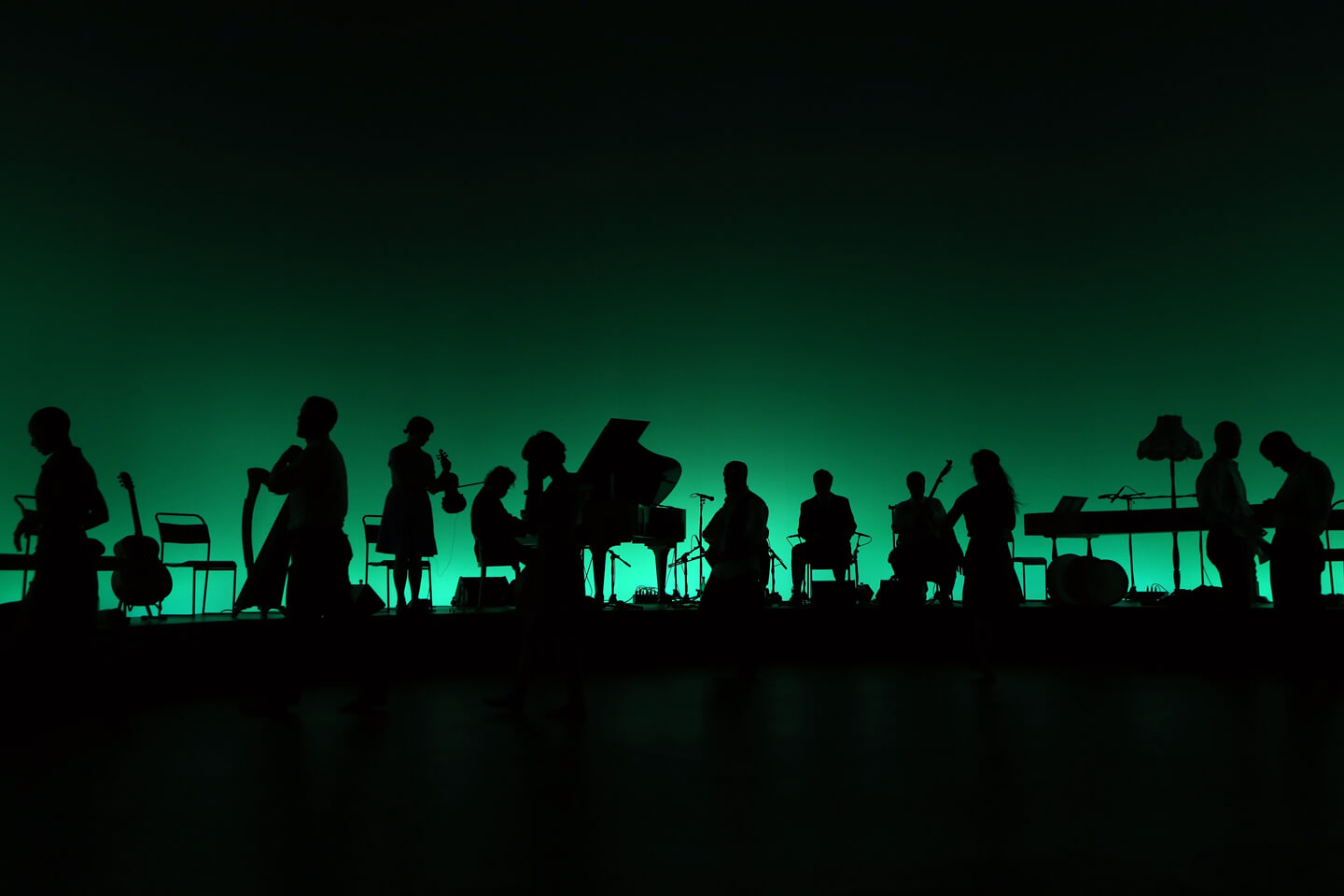 Co-produced by Fabulous Beast and Sadler’s Wells, Rian premiered at the Gaiety Theatre, Dublin as part of the Dublin Theatre Festival 2011. It also appeared at Sadler’s Wells, London in 2011.

In Ireland, Rian was at Cork Opera House for Cork Midsummer Festival, and unplugged performances were given at The Éigse Festival, Carlow, and at Bornacoola, Longford.

Fabulous Beast Dance Theatre and the musician Liam Ó Maonlaí have come together in Rian to create a fusion of contemporary dance and traditional Irish music. The production is framed as a staged session of sorts, with the ensemble taking turns to perform solos before uniting in group numbers, where the musicians dance and the dancers take up instruments to play. It is the sort of scene you would be lucky to come across in an Irish pub these days, and Doey Lüthi’s 1950s house-dress costumes deliberately evoke a more rustic past.

Michael Keegan-Dolan's Fabulous Beast dance company is best known for its sense of drama. His versions of Giselle and Irish mythology turned them into lurid contemporary stories, confrontations between huge personalities. Rian, his new collaboration with the musician Liam Ó Maonlaí, has no plot. Musicians and dancers get together, with a joyful sense of community.  Ó Maonlaí is best known as a founding member of the band Hothouse Flowers. Rian, which means "trace" or "mark" in Irish, is named after his 2005 solo album. The production is traditional Irish with a multicultural cast.

Rian opens with the musicians and dancers seated along the back of the stage, bathed in an eerie green light. Ó Maonlaí rises and walks the front of the stage, singing as Gaeilge. He plays a second tune on a harp, and then the other performers row in. Before long, multi-ethnic dancers are swirling about in their bare feet. Their movements are primal, pagan, and wildly energetic, and far from the stilted image of Irish dancing. The show unearths synergies between Irish trad and the blues of the southern states of America. What stands out is the sheer exuberance of  folk music: at several points, the audience breaks out in laughter 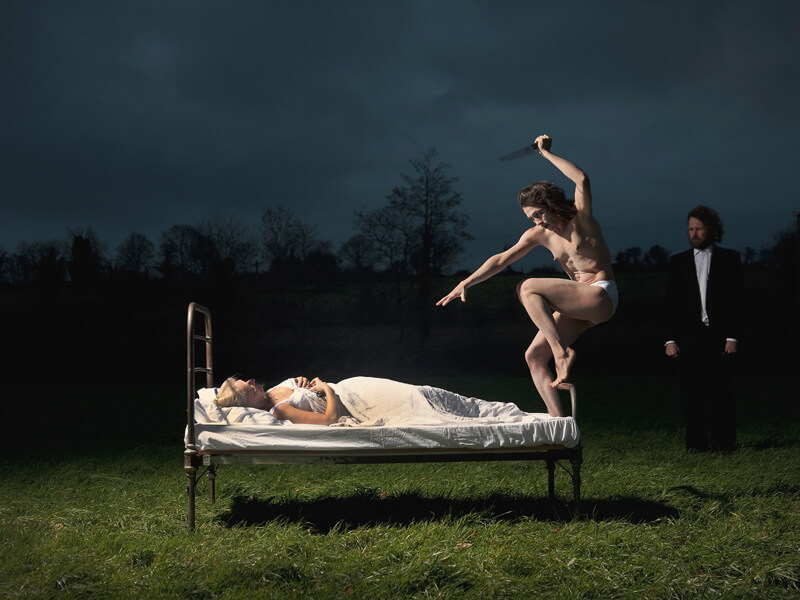 Securing the Future of Dance in Ireland Together